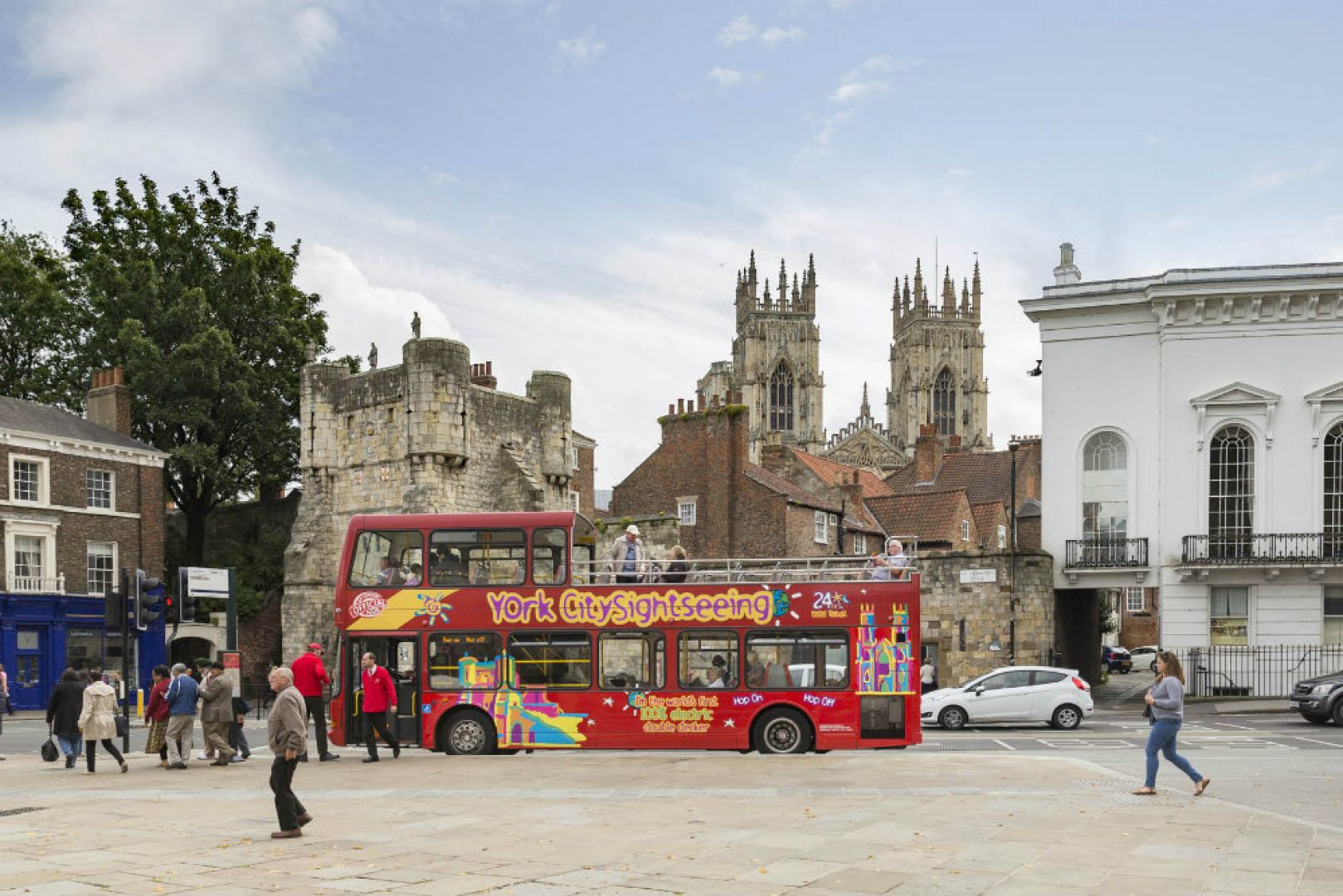 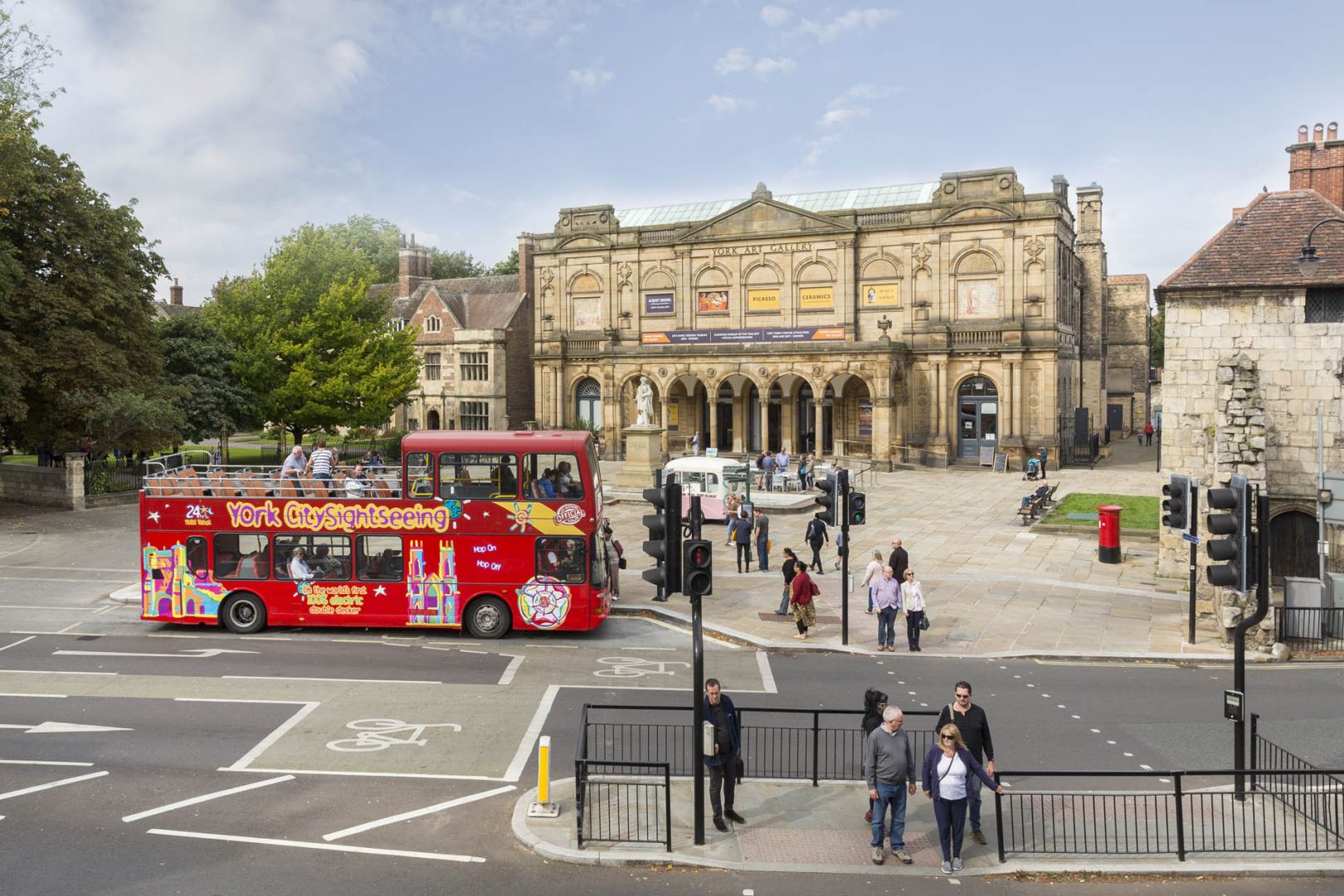 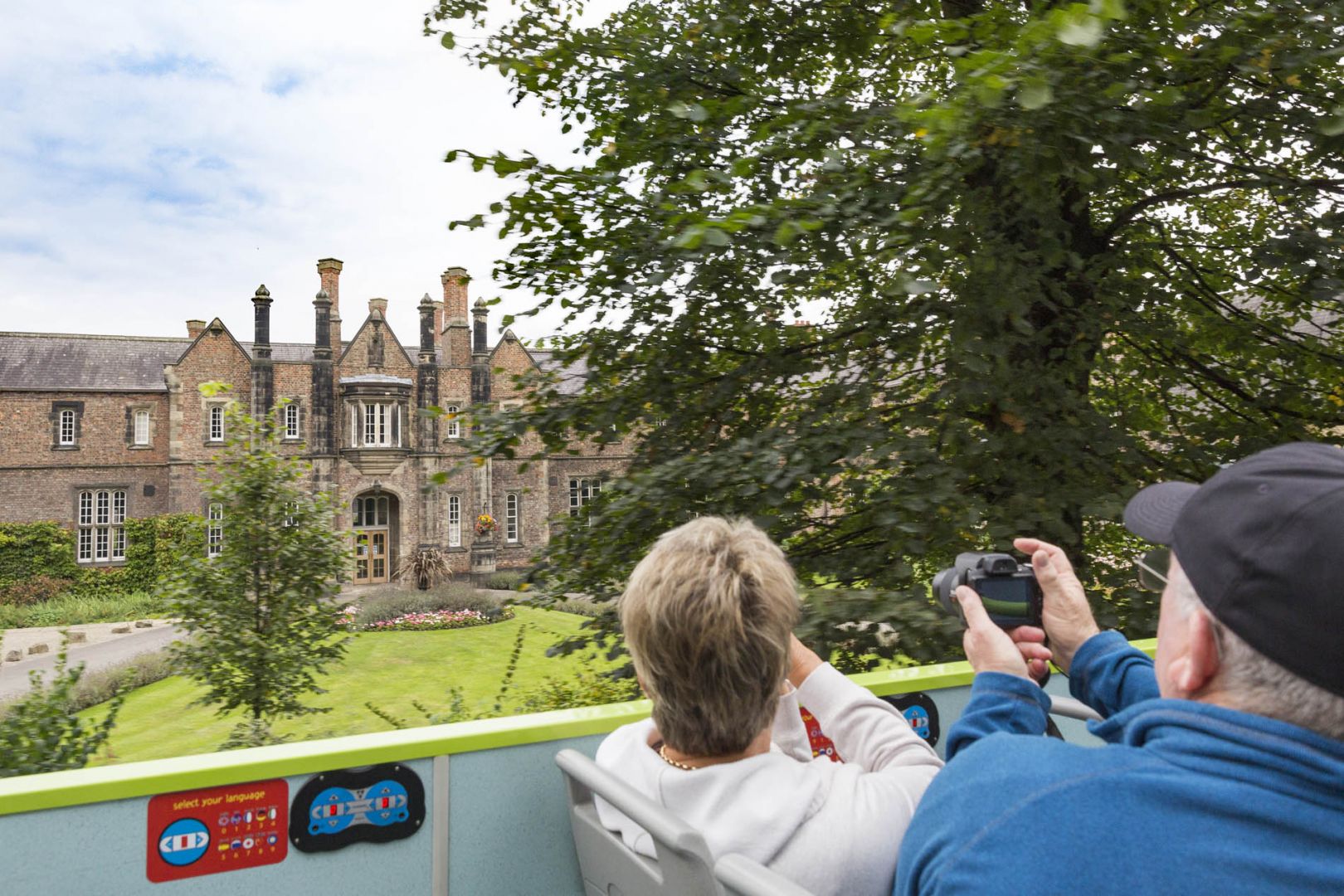 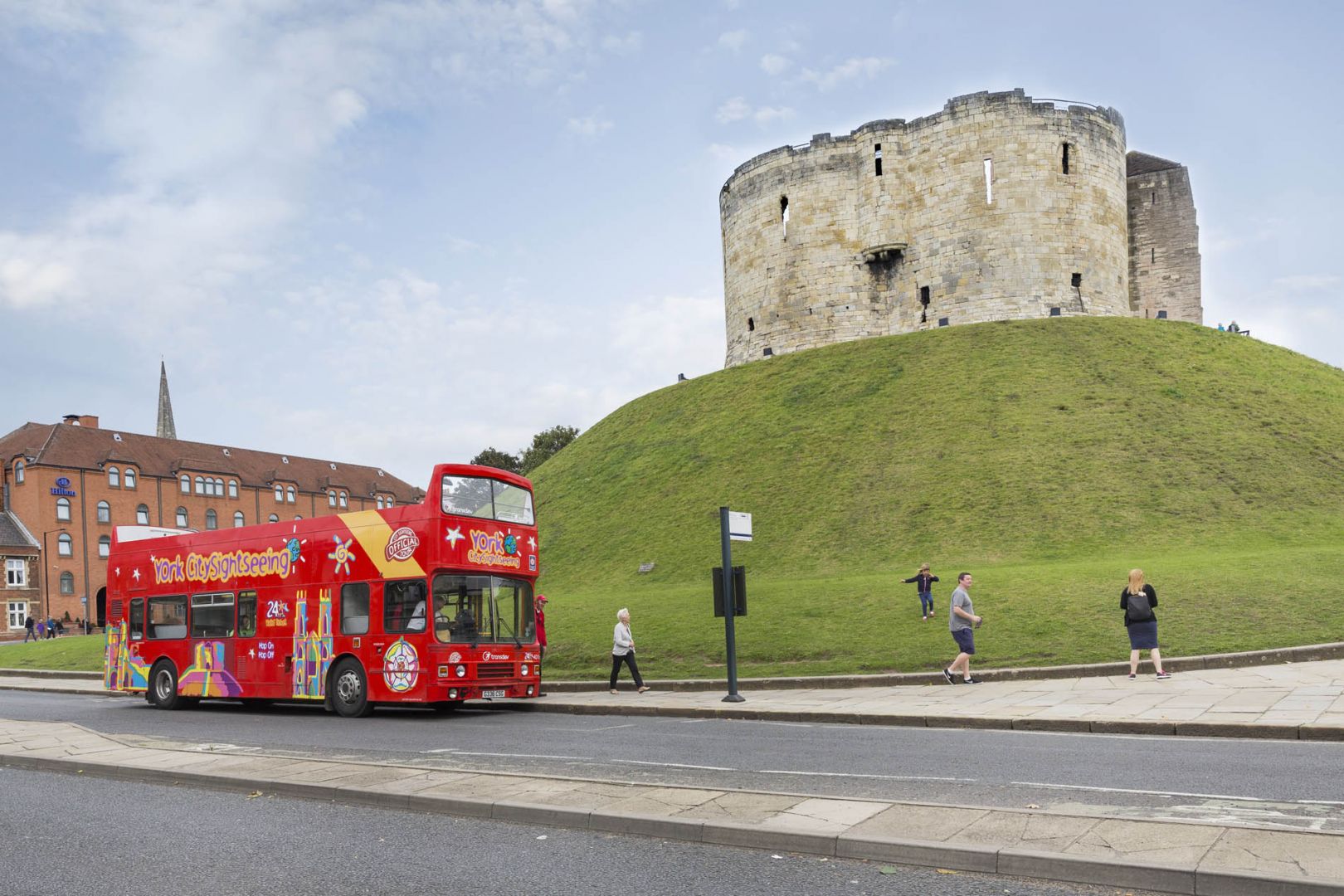 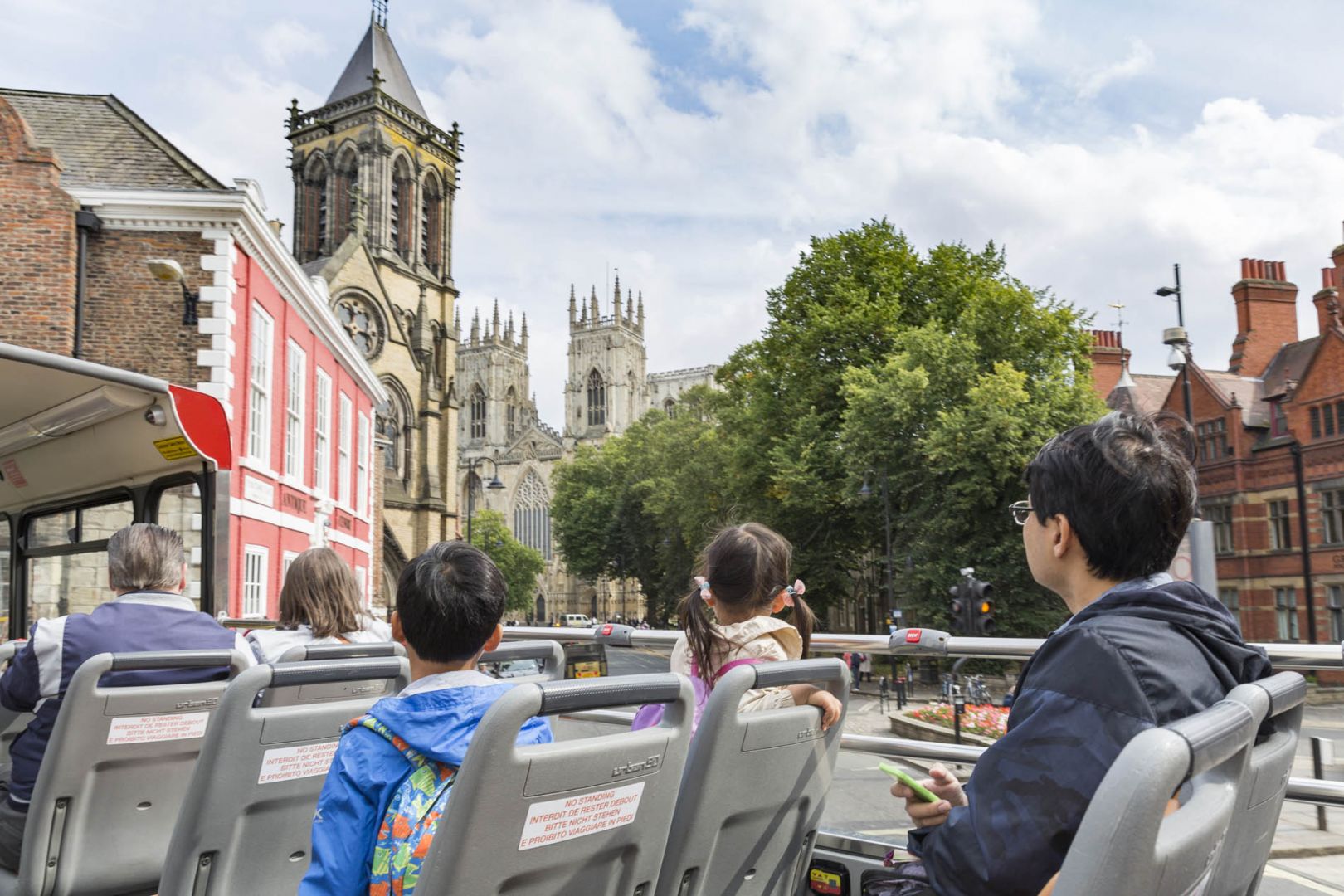 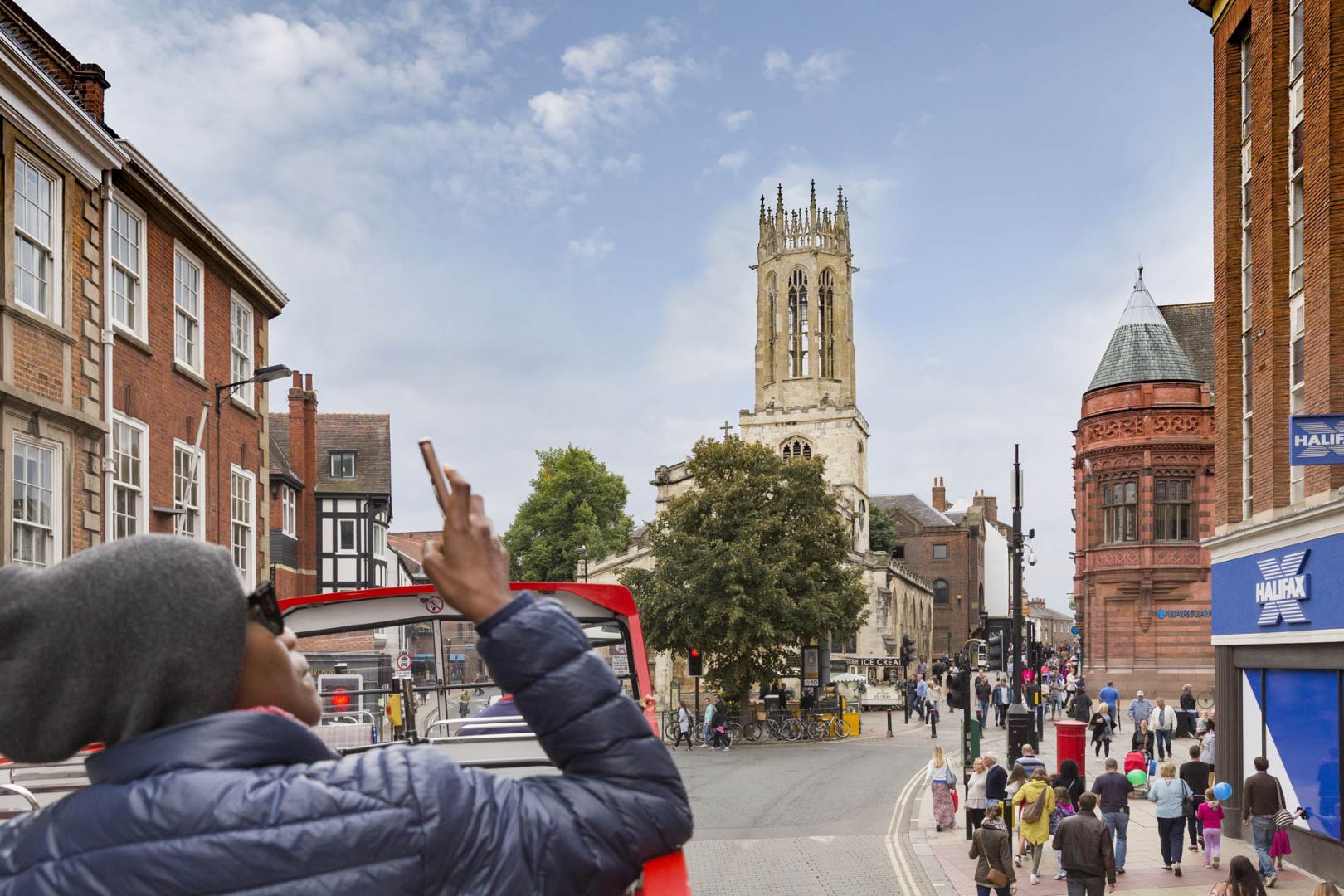 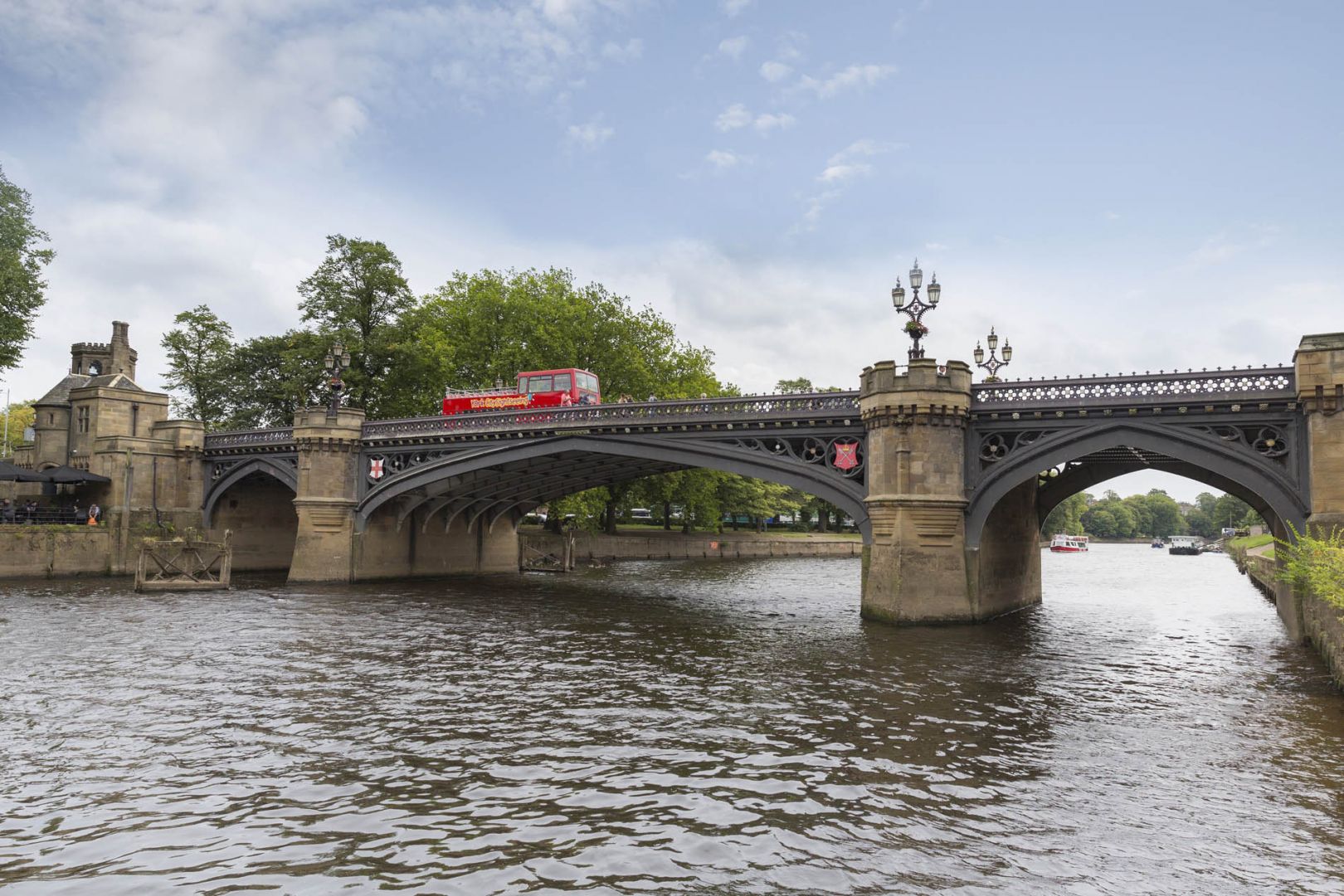 You have only selected a ticket for children. Children up to and including 11 years old may only enter if accompanied by an adult (18+ years old).

Come and explore York with City Sightseeing. There’s no better way to discover the magic of this ancient city than from the top deck of their big red hop-on hop-off bus. With stops carefully chosen around the city, you’ll be able to see all there is to see and the onboard multilingual audio guide means you’ll learn all about the city’s long and lively history as you go. There’s even a special commentary for the kids!

York is one of England’s most historic cities. It was founded by the Romans and was the capital of the northernmost of their two British provinces. Later, famously, the Vikings made the city the capital of their British territory. All through its history, it’s been an important city and you can see that in its buildings, streets and monuments today.

There are lots of great places to hop off, but a great place to start is Walmgate Bar, one of the city’s old gates that were part of its defensive walls. Walmgate is an impressive sight, but even better you can actually climb up onto the wall itself and walk along it and imagine you’re a Medieval guard!

Clifford’s Tower is another great place to hop off. It’s the old Norman keep of York Castle and it’s hard to miss as it stands on a high mound above the surrounding buildings and streets. You can climb the mound and explore the keep. It’s another of the city’s Medieval jewels. For something a little different, hop off at the Stonebow and head to The Shambles, definitely the city’s most famous and atmospheric street. Full of medieval buildings, in places this incredible narrow street seems to be falling in on itself. It’s no surprise that it’s said to be the inspiration for Harry Potter’s Diagon Alley!

If you want to relax a while, there’s no better place to hop off than the Museum Gardens. These charming botanic gardens sit on the bank of the River Ouse and they’re an excellent place to sit and take some time out or even have a picnic. And don’t forget to feed the very friendly squirrels!

We’ve not even mentioned York Minster or the fascinating Viking museum, the Jorvik Centre. There’s so much to hop off and see. But whatever you do, your York experience with City Sightseeing is sure to be brilliant.

Know before you go